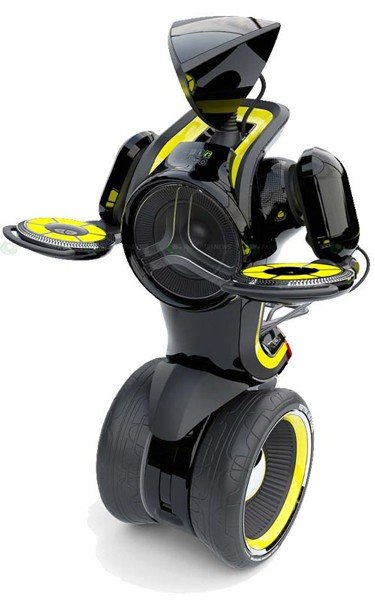 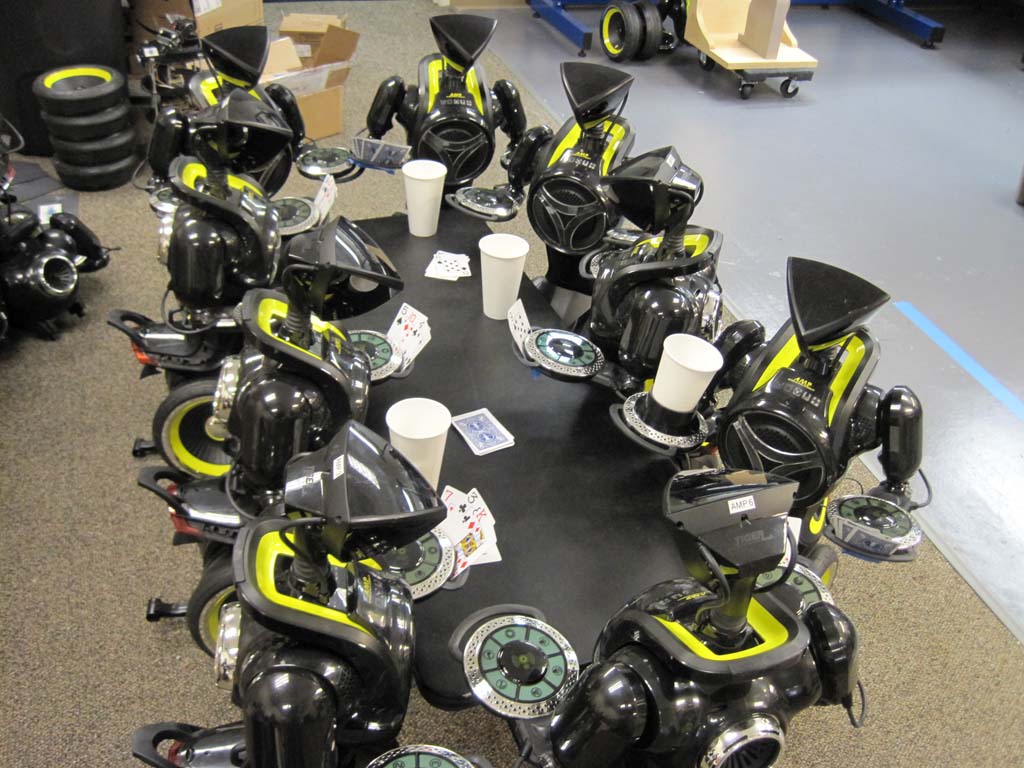 It uses a room-thumping audio system in its chest and plays music for you from either your smartphone or a direct-attached electronic music player.

Ampbot also has a smartphone application that allows the user to control the robot and stream music to it. He has built-in music tracks just for his personality, so he works right out of the box. Additionally, he has a separate remote control that snaps into his back so that you can control him outside of the phone app too.

“The two-wheeled, dancing A.M.P. (Automated Music Personality or Ampbot) from Sega-Hasbro stands 2.4-feet tall and features a MP3 or iPod cradle on its back, stereo speakers, and the ability to follow and interact with its owner.

There’s a 5-inch mid-range speaker in the chest and a pair of smaller tweeters in the shoulders for a total output of 12 watts. Osamu Takeuchi of Sega Toys says, “The owner can also enjoy being chased around the house by the robot.”

The Ampbot and controller require 6x D and 3x AAA batteries for about 10-hours of continuous music.”

Check out our full portfolio here.